I had found the following old picture online - showing skaters near the North East corner of Withrow Park (1923). Since it is close to where we live and many of the buildings are still around I thought I'd take a more recent look. 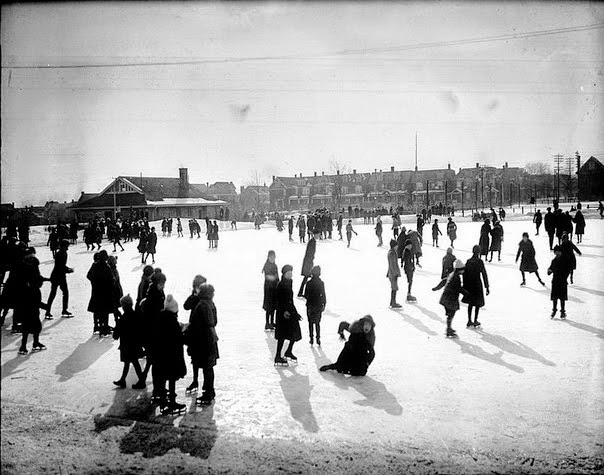 The nearest building (toward the left center) is still there (washrooms) and the houses in the background (along Logan Avenue) are mostly still there. 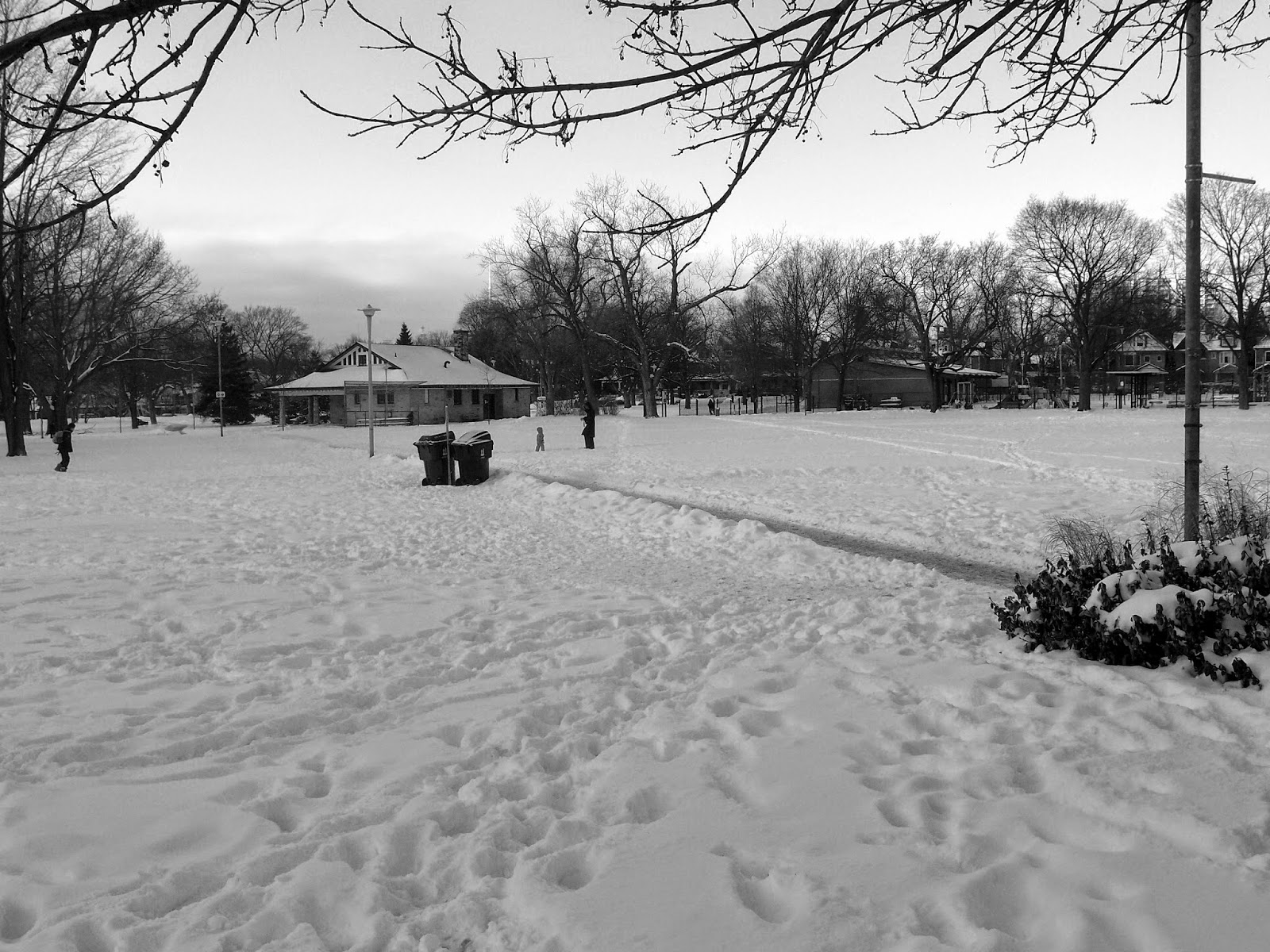 When you look at this today, there is a new building (Clubhouse) to the right of the washrooms, but even in winter the houses along Logan are almost impossible to see. Lots of tree growth in the last 90 years!

The original picture was probably taken from slightly farther North (to the right) than the above, but that is now landscaped more and didn't seem to compare quite so well - I include it below for interest. 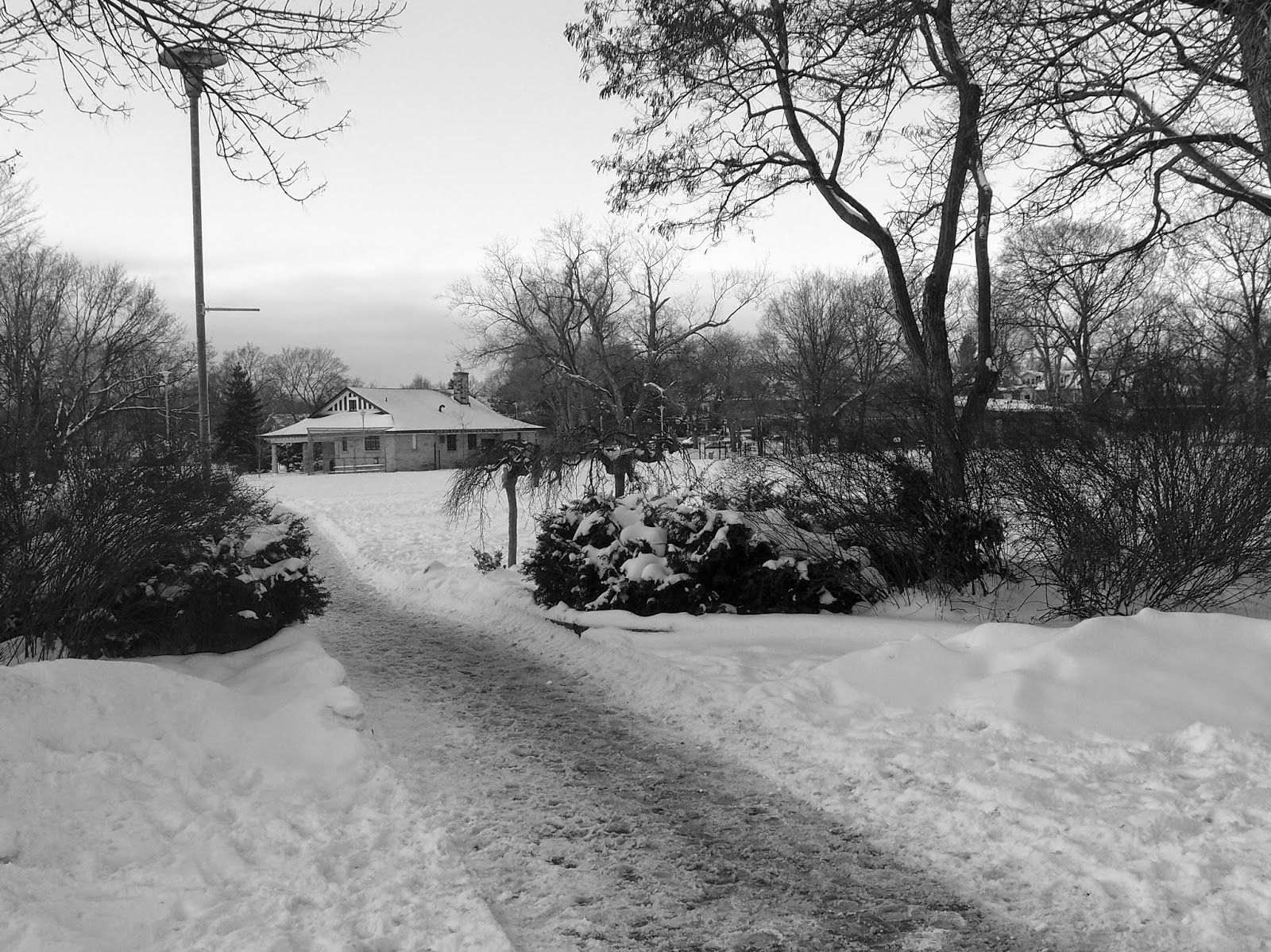 And to think that the area that is now Withrow Park was once planned to be just a continuation of the surrounding streets and houses.

The 1899 Goad Map shows Withrow Park as proposed streets and housing. It also shows each house that had been built so far! And if you look closely you can see our house - the first one on Withrow between Pape and Carlaw.

ps If you like exploring old maps, this link is pretty neat: http://peoplemaps.esri.com/toronto/ You can move around kind of like Google Maps, and can choose different years (slider in the top right).